I wanted to dive a little deeper into Brad Warner’s issues with the mindfulness phenomenon in popular culture, and seek his advice on Zen and meditation practice. He touches on the darkness that may be inevitable for those who get deep into meditation and seek to face their true selves.  I imagine this is like when Luke goes into that cave on Degobah. One can only assume that meditation will make you a Jedi Master*.

(*Not a safe assumption.)

1. In your previous interview, you mentioned being a little put-off by the term mindfulness, as it seems to carry a watered-down connotation to it. When people ask me what mindfulness is, and why I’m teaching it to my students, I say I’m really teaching them about paying attention. Do you see conflicts between my explanation and how you would explain the principles behind Zen meditation?
I don’t see any conflicts as such. It’s just that there’s more to Zen and Buddhism than meditation. I don’t even like the words “Zen” and “Buddhism” but we’re stuck with them, so I won’t go into that. But the historical person we’ve come to know as “Buddha” didn’t just teach people to meditate. He had gone through a lot of different practices before he hit upon the unique form of meditation he ended up teaching. He incorporated all of what he had learned into what he taught.
It’s not a bad thing to teach meditation or paying attention. It’s really helpful. It opens the doors to a lot of other areas. For some people, meditation alone may be all they need. But that only applies to people who already have a good grounding in ethics and critical thinking skills as well as a very healthy degree of skepticism. If someone who doesn’t have that grounding takes up meditation, it can often lead to some dark places.
In fact, I think that if you do enough meditation, it’s unavoidable that you’ll end up confronting your own personal darkness. This is already becoming a problem for people who try to use mindfulness as a therapeutic device. They think it always leads to stress reduction, but it doesn’t. The most common side effect is reduced stress. But in some people, mindfulness can actually increase stress. They start seeing their own darkness and that’s stressful.
Buddhism, as it exists today, is the result of 2500 years of research and development into issues like this. Not every traditional Buddhist solution to these problems is the best and not all of them will work for contemporary people. But I think it’s a mistake to simply ignore that stuff by labeling it as superstition or merely cultural affectation.

2. Do you meditate daily? Do you notice ill effects if you get out of your regular routine?
I do meditate every day. On the rare occasions when I can’t do it for a day or two I really notice the difference. In fact, that’s why I meditate every day. When I started off, I wasn’t totally committed. So I’d lay off for long periods. There were even a few times when I thought, “OK. I used to meditate. Now I don’t.” And I’d try to kind of move on from it. But whenever I did that I’d notice that the longer I went without meditating, the shittier I felt. It wasn’t as if meditation magically solved all my problems. It’s just that I felt a little bit better if I did it than if I didn’t do it. Over time that started to build up.
3. A lot of people start meditating and then let it drift by the wayside. Do you have any suggestions for people like me who let days, weeks, even months slip by?
Kind of what I just said. Look at how you feel when you don’t do it. To me, meditation is like brushing your teeth. If you go a day or two without it, it doesn’t make a whole lot of short term difference. But when you go a long time without doing it, the ill effects of not doing it start to build up. You just have to know how to notice them.
At one point I took stock of my daily routine and realized I spent a lot of time each day kind of goofing off, watching TV, or doing other mindless activities. This was before the Internet became a big thing. I figured I could easily devote an hour each day to zazen if I just rearranged my schedule a little bit. So that’s what I did. I also decided I didn’t eat breakfast until after I did zazen. I still do that. It’s a little better to do it on a not-so-full stomach anyhow. But more than that, it gave me a little reward to look forward to. 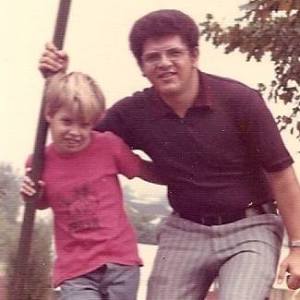 4. Parents of young children- and again I’m speaking to my own experience- are often frazzled and worn out. But, they often don’t have a quiet space between the activity of a job and the activity of raising kids. Have you come across parents of youngsters who are able to continue their meditative practice? What’s their secret?
I have. I wrote a chapter about this for a book I never published. I guess I ought to publish that! I don’t have any first hand experience because I’ve never had children. So I asked people who do have kids and who meditate for their secrets. I don’t remember exactly what they were now, unfortunately.
5. Are there any great resources you’ve come across, or created, to help kids get into the habit of meditation?
No. But some of those parents I spoke to when I wrote that chapter told me that their kids spontaneously took it up after seeing their parents meditating. I think it’s important not to force it. It’s like teaching a musical instrument. Sometimes kids get into it after being required to take lessons. But often they reject music entirely because of the way it was forced upon them. I would say to just make it available. Show them that it’s something they can do. There’s a big problem with meditation being seen as something esoteric and weird, or something that ordinary people can’t do. If you can show them it’s not like that, that’s good. And if you can show them that just because meditation doesn’t live up to most of the outrageous claims people make, that doesn’t mean it’s a a scam either.
6. Do you worry that the term “Zen” is being misappropriated by people who don’t really understand it?

It definitely is. But that doesn’t worry me. It’s just what happens, you know? I think most of it is funny. It doesn’t really matter to anyone who is serious about the practice. And for some people, the first exposure they have to the word “Zen” is some kind of stupid misuse.
7. If someone wants to practice zazen for the first time, what steps should they follow?

Just do it. That’s all there is. There are thousands of resources on line that will tell you how. There’s a little guide on my own blog. They’re everywhere. Stop just thinking about it, do it.
8. Finally, in your own words, what the heck is Zen?
The plum tree in the garden. I’m no good at slogans and soundbytes. To me, Zen is an effort to be completely honest to yourself. That’s harder than it sounds. You probably think you already are honest with yourself, but if you start examining it a little more closely you’ll be amazed how much you aren’t.